OUR HISTORIC AND HEALING LEGACY

Since the school opened its doors in 1987, more than 1,200 students have graduated from the massage program to share the Cayce healing principles with clients, family, and friends. Over 80 years have passed since Edgar Cayce’s dream of opening a hospital to help those in need became a reality. The graduates of the Cayce/Reilly School are proud to carry on that dream and be a part of a special historic legacy of health and healing. 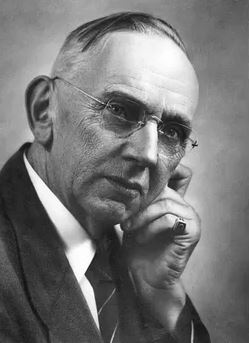 In the early 1900’s Edgar Cayce (1877-1945), a psychic and medical intuitive, began emphasizing the importance of diet and exercise, attitudes and emotions, and holistic treatments for various illnesses in personal readings that he gave to individuals. Sixty-six years after his death, the information contained in the Cayce health readings is still being applied today and modern medicine is beginning to acknowledge the health benefits of many of Cayce’s natural remedies. As a result, he has been called "the father of holistic medicine" and has been recognized for describing the workings of the human body and foreseeing the direction of health care well ahead of his time.

In the summer of 1928, Edgar Cayce, with the financial backing of several business men, began building the Cayce Hospital on five acres overlooking the vastly undeveloped Virginia Beach coastline. The facility would serve as a place where people could seek holistic treatments and therapies for diseases, afflictions, and other ailments. The hospital was dedicated on November 11, 1928 and had thirty private treatment rooms, a library and a dining hall. A two-story twelve car garage and recreation facilities, including tennis courts, croquet and shuffleboard grounds, and bath houses on the beach were also added for patients. 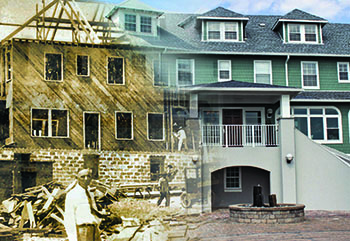 The Cayce/Reilly School opened in 1987 offering a unique massage curriculum that draws upon the wealth of insights on holism, healing, and personal transformation contained in the Edgar Cayce material and the massage style born out of these concepts by physiotherapist, Harold J. Reilly. Dr. Reilly was a pioneer in the field of massage therapy and a world-renowned physiotherapist. He began receiving cases from Cayce in 1930, almost two years before they met. At that time, he had never heard of Edgar Cayce and did not suspect that the referrals were coming from a medical intuitive. Dr. Reilly created the trademarked Cayce/Reilly Massage, a particular style of Swedish Massage he developed from information suggested in the Cayce readings.